LET US INTRODUCE OURSELVES

The main organisers have been working with children since their student years. In the nineties, according to new legislation, the Association of Entrepreneurs was founded for annual summer camps in Stádlec. In the year 2000 the Czech law regulating travel changed, and as a result the association was transformed into a regular travel agency. SYKA AGENCY a.s., travel agency is legally insured by ČPP, a.s., Vienna Insurance Group. Perhaps you have heard or read about our successful camps. We have been organising the camp SUMMER TIME for the past 28 years. This is a camp with an English focus, adventure activities and sports. A few years later, now already twenty years ago, we set up a new camp, ENGLISH 4 YOU – englishcamp.eu, with intensive English lessons exclusively with native English speaking teachers. The increasing popularity for high quality communication in foreign languages led to the further expansion of our programs, so we prepared an international camp, EUROCAMP – euro-camp.eu, which is a combination of the two previous programs; this year will mark its 17th season. The main people behind the SUMMER TIME camp are true specialists: 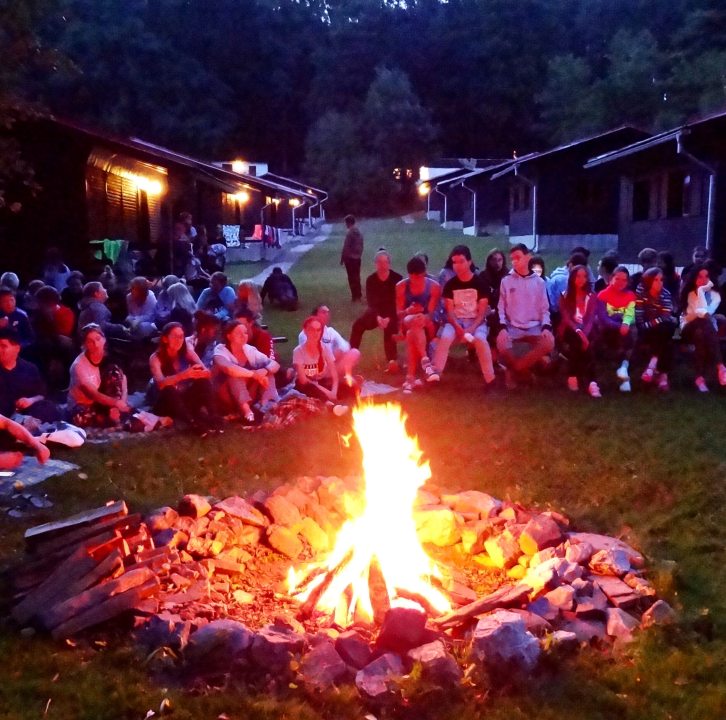 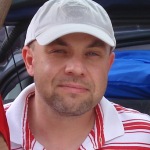 Ing. Josef Syka is the founder of the camps SUMMER TIME, ENGLISH 4 YOU and EUROCAMP (see syka.cz). He is the owner of both camps where events take place. Until 2005 he was also the main leader for ENGLISH 4 YOU. He is focused on constantly improving and offering new ideas, as well as the camps’ promotion. He is always trying to come up with something new, something progressive. Nowadays he is more focused on programs that unify children from different countries. Thanks to the growing offers of different language camps and courses, the central aim of his work has developed – to help children prepare for a modern Europe through fun and play. Currently, he is Executive Director of the SYKA AGENCY a.s., travel agency. Over 25 years of experience of organizing English camps is a guarantee of his professionalism and enthusiasm. 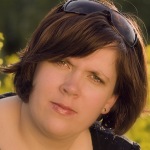 RNDr. Veronika Kopřivová is a teacher of English and Geography at a secondary school in Prague. During her professional career, she also worked for many years as an English lecturer at a language school. In addition to teaching, she organizes student exchanges, prepares students to participate in international events and acts as a coordinator for Erasmus+ projects. She is constantly striving to improve her knowledge of English and she studied in Great Britain for several months. More than 15 years Veronika has devoted her time to working with children, either as an au-pair, a group leader on trips abroad and on ENGLISH 4 YOU camp, as the deputy of the main leader at SUMMER TIME or eight times as the main leader at EUROCAMP. Her organisational skills, promptness and ability to solve unexpected situations are big advantages and that is why she is the Human Resources Coordinator of our camps. 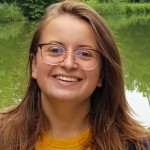 Karolína Martincová was born in Prague but she has spent most of her childhood abroad, first in Luxembourg and later in Belgium. Thanks to her multilingual family, she learned to communicate in English and French at a very early age. After high school, she studied psychology and education at the University of Liège in Belgium. However, after becoming homesick she returned to Prague after many years. Now she studies at the Faculty of Arts at Charles University focusing on English and French. Karolína also teaches flute at the French Lyceum in Prague. She has been attending our camps since she was a child. Later she worked as an assistant, a team leader and the main leader of EUROCAMP. Now she is a Native Speaker Coordinator for camps EUROCAMP, ENGLISH 4 YOU and SUMMER TIME. Besides foreign languages, her interests include music, art and working with children. 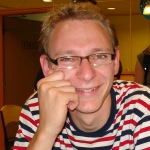 Pavel Jahelka is an experienced camp leader who has shown a lot of ability and an open-minded approach to children over many previous years. Since 2004 he has occupied various important positions at SUMMER TIME CAMPS. From 2006 he has proven his abilities as the main leader for the English courses ENGLISH 4 YOU and he was also helping with the realisation of English camps SUMMER TIME and EUROCAMP. At SYKA AGENCY a.s. he is now standing as the External Advisor and he helps significantly in the realization of our summer English camps. At the same time, however, he also provides considerable support and assistance with the organisation of language courses, which take place in apartments in Monínec. Pavel’s strength is his friendly character and kindly approach to the kids that makes him a camp favourite.

In 1993 the idea for SUMMER TIME was born and in the summer of 1994, the first camp of many took place, all designed so that children, through fun and adventure games, were able to practise their English language skills. The first year was mainly formed around the personal teaching methods of the individual leaders, the following two years saw the character of the individual camps determined by the main leaders who created the ideal of the camp SUMMER TIME through the forms of the main camp games.

In 1997, the concept of the main camp game was formed, prepared by the camp leaders each year it is what gives SUMMER TIME its uniqueness, which is indelibly written into the memories of children. Even today's themes are not intended merely to distract children and entertain, but also to educate. One characteristic of the SUMMER TIME camps is also games that match the requirement that older and younger children help each other.

After 20 years, where previously there was one hour of the morning program reserved for English, a fundamental change was implemented in 2014 with English becoming the core content of the whole day. After another three years, when the emphasis on intensive language training, along with the attractiveness of the main camp game formed the two basic pillars of the camp program, another transformation occurred cementing the importance of the main camp game through transition to adventure games. Popular adventure themes from the main camp game became a permanent part of the camp and will continue to do so in the coming years, the same way English has become the core of the day.

The purpose of the main game is the subtle influence on children's relationship with values ​​such as friendship and cooperation (Dinotopia in 1997, staged the coexistence of people with a culture of intelligent dinosaurs), bravery and responsibility (Watership Down in 1998, saw a colony of rabbits fighting for their place on earth), respect for nature (Journey to the Beginning of Time in 1999, told a retrospective story way back into the distant past), self-discipline and respect for the abilities of others (Egypt and Babylon in 2000, where two rival ethnic groups lead to mutual rapprochement), the ability to cope with adverse circumstances (The Hope of the Kingdom of two Peoples in 2001, saw us return to the dark ages when thieves ragged in Bohemia after the Hussite wars, where George of Podebrady grappled with them), mutual esteem (Pocahontas Goes to Europe in 2002, an Indian princess appeases her people with an English wedding to a white settler, with whom she travelled to baroque London), pride in the European tradition (Titanic in 2003, building, sailing and the immortal fame of the beautiful liner) orientation in unfamiliar surroundings (Holidays in the Stars in 2004, a fictional flight to Venus, inhabited by prehistoric animals and humans), patriotism (In the Days of Princess Libuse in 2005, symbols of Czech abilities in the oldest tales from forefathers after St. Wenceslas), ecology (Nils and the Wild Geese in 2006, when contact with the Swedish countryside turns a bad-boy into nobleman) wisdom against selfishness and freedom against oppression (The Magic Flute in 2007, a fairy tale according to the opera by Mozart highlighting positive social change during the Enlightenment), a desire for knowledge (Rudolf’s Secret Collection in 2008, a show of artistic, scientific and social life during the Prague Renaissance), the philosophy of equal relationships, friendships and a healthy life (Beyond the Shades in 2009, a game inspired by the romance and depth of the stories by famous Czech writer Jaroslav Foglara), the power of ancient traditions, leading to current success (Journey to the Forbidden City in 2010, the status of historical and present-day China in the world), tolerance, generosity and respect for the environment in today's multicultural society (With Gulliver up to Laputa in 2011, less famous expeditions which inspired the fantastic travelogue of the English writer Jonathan Swift), the force of sanity (The Painful Journey of Heroic Odysseus in 2012, the Homeric epic of courage, true love and especially the importance of intelligence in key situations), belief in your own abilities (The Mysterious Island in 2013 where we clashed with the mysteries of natural elements and enemies with their own weaknesses in the core Jules Verne novel), teamwork and active participation in the protection of natural heritage (Salmon in 2014, the extraordinarily capabilities of the tenacious fish on their adventurous life journey), the meaning of aesthetic sensitivity and empathy (The Runaway Appaloosa Horse in 2015, horse as a symbol of beauty and freedom, the graceful romance of the Wild west), an adventure that leads one to challenge oneself (The Eight-thousanders in 2016, pushing the boundaries of human possibility while negotiating the highest mountains in the world), toughness in pursuit of the goal (Vikings in 2017, where warriors and businessmen were in conflict with adversity), patience in expectation of an uncertain outcome (In the Depths of the Caves in 2018, cavemen discovering natural cave formations, hidden treasures and prehistoric secrets), overcoming difficulties and dangerous situations (The Indian Chief in 2019, an adventurous expedition among the Indians, ruled by a capricious chief), vitality and originality as a model of ancient culture (Danger Down the Nile in 2020, legends and heritage of one of the oldest ancient civilizations and the Egyptian conception of the world), desire to discover the world (From Bohemia to the Heart of Africa in 2021, heroism of Dr. Emil Holub, one of the greatest Czech explorers, who was the first to map Victoria Falls). 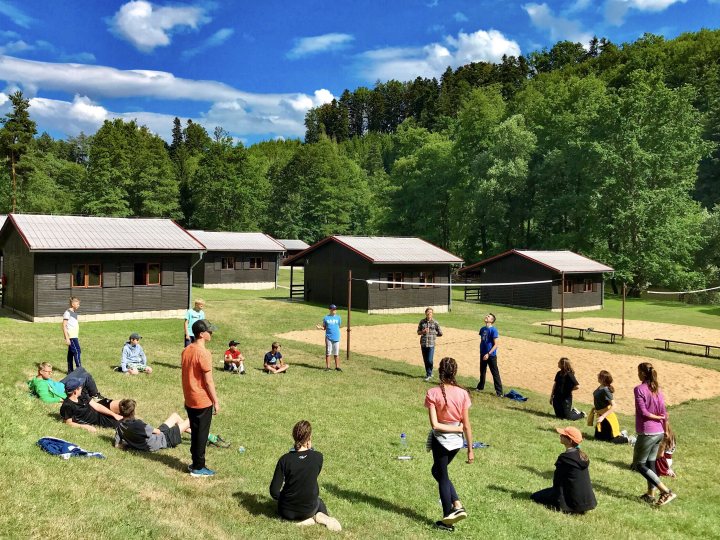 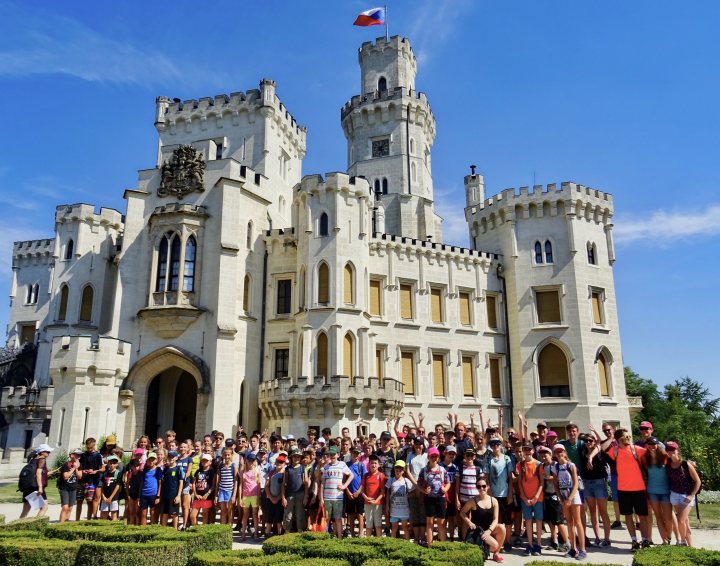 A gentle and appealing approach towards teaching English and the purposefully developed adventure games are the two most important traditions of the camp SUMMER TIME, which has been systematically improved year upon year.